Do the Work and Trust

Well, I was going to write a different email today, but then something amazing happened yesterday: Olivia Newton-John and her daughter Chloe Lattanzi released a song, “Window in the Wall”, which I co-wrote with two other songwriters.

I knew it was coming (and I had to keep it secret until it was officially released), but I had no idea what would happen when it was released, and more importantly, how I would feel about it.

My Nashville friends tell me it’s a big deal 🙂 And it was a bit surreal hearing Olivia talk about the song on the TODAY show, knowing we wrote it in my piano room 🙂

You know how it is… You show up every day and do your work. You keep at it, you push through the hard times, and you learn to enjoy every minute of it – because after so many ups and downs, you learn to let go of your attachment to the outcome and you trust that Love (God) will organize all the pieces (that you put your heart into) for you. (I just wrote a poem about that last week. LOL)

You find satisfaction in your work – especially when it touches someone, or provides value for someone – which is the case with all meaningful work!

And you are happy. Fulfilled.

Like my son, Blais, who got himself a job at the local grocery store. After his first day of training, I asked him what his responsibilities would be. He said “I’m in customer service. And that means my job is to make people feel welcomed, valued, seen, and heard.”

When he came home from his first day of work, he was glowing! He had been corralling shopping carts and bagging groceries for six hours, but he didn’t even mention that. ALL he experienced was interacting with customers. He felt incredibly accomplished because he told me, he got to talk to people, ask them how their day went, and make them feel good. He brought me a bunch of roses because he said he was moved by someone who was buying roses for their mother.

THIS was a life-defining moment for him. Blais’ manager could have told him his job was to bag groceries quickly and efficiently, and to compete with the next kid at the number of shopping carts they can pull in one swoop. Instead, they gave him the gift of a mindset that puts people – and service – before productivity.

I guess the manager also knows that with that mindset, Blais will naturally work faster and more efficiently – and everyone wins. And of course, this takes trust. Being pleasant to customers isn’t something a manager can put out as a neat checklist or a measurable goal. Trust.

Now, back to my song…

A few years back, when I first moved to Nashville, I met Tom Paden, a songwriter who wrote hit songs for artists like Reba McEntire. Tom suggested we co-write a song that I would record and enter it into the Eurovision Song Contest. A few days later, he showed up at my house with his writing partner, Eddie Kilgallon.

Tom and Eddie had an idea for a song about the Wall (as in the Berlin wall) – an anthem about what happens when the wall comes down and people come together.

You can imagine I had a few things to say about that, LOL… but the most important thing for me was that big changes don’t happen fast. It’s a process.

(Full disclosure here: I wasn’t talking about life in Europe. I was drawing from my marriage struggles. Matthew and I had just come out of our separation and were working on healing our relationship.)

When the conflict grows too big, we build walls because we need something to keep us from charging at each other, and constantly attacking.

Then, the wall keeps us away. But our anger and unresolved conflicts grow in our minds and hearts, which makes the other side seem full of dark shadows and scary monsters.

We keep this up for a while, but eventually we get tired (because anger and fear are exhausting, and walls make us feel constricted).

Then something happens, or someone comes along who inspires us to address the wall (because there is still the Divine that finds a way to interfere with our human quarrels and stubbornness) and we feel willing to try.

What happens in that moment is what this song talks about.

Tom and Eddie put a demo together and it came out so well that we decided to pitch it to some major artists (instead of having me sing it).

I released my attachment to the outcome, and trusted that Eddie and Tom knew what they were doing. We all wanted the song to get out there and reach a lot of people with its beautiful message and melody. Tom and Eddie did a lot of pitching, but they also trusted that the right artist would come along. Olivia Newton-John heard the song (through a very unconventional channel connected to her non-profit) and was immediately drawn to it.

Trust. Do the work and then trust.

“Window in the Wall” is perfect for the times we live in. I’ve been reading the comments on Olivia’s social media, and people are already commenting on how much they needed this shot of hope and encouragement.

So here are three things I hope can be a bit of an inspiration for you today:

If you are out of work, keep finding meaningful work – learn something, help someone, create something. Nourish your soul, mind, and heart with uplifting content – music, art. Nurture your body with healthy foods and walks in nature. Update your resume, research or contact potential employers, rebrand yourself if you have to (I’ve done that a few times…), stay in shape, and then let it go.

Trust. I know it’s easier said than done, but pushing too hard and stressing about it will only exhaust you and you won’t be at your best when an opportunity comes.

(2) Look for a window, or a crack in the wall, through which you can look to the other side.

I know it’s scary. Try to entertain a thought that those on the ‘other side’ aren’t monsters, but people with the same fears, same hurt, same pain as you. Trust and be willing to mend and heal…

(3) When something good happens in your life (unexpectedly) and you realize that it was always meant to be exactly the way it happened – not the way you envisioned, but often better – drop everything and celebrate 🙂

That’s what I did this past weekend! Check out the live online concert we did here.

Here is “Window in the Wall” and Olivia Newton-John!!! (Oh, how I loved singing “Hopelessly Devoted” when I was a little girl, and how I absolutely adore ONJ now. I know her bass player who tells me she is one of the kindest and sweetest people in the industry!)

The song made it to #1 on iTunes ALL MUSIC VIDEO charts, and #12 on Pop charts! Listen to it, share it with your friends and let’s help it reach millions of people!

Has this world forgotten how to love

Are we blinded by the hate we let inside

No one’s giving in or giving up

The lines are drawn and there’s no compromise

This isn’t who we are

It’s time for us to start

Looking for a window in the wall

Maybe we can see the other side

And find that we’re not so different after all

Looking for a window in the wall 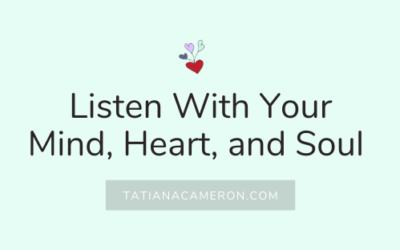 Listen With Your Mind, Heart, and Soul

I hope you had a nice Christmas. I cooked and baked for two days, played at two Masses, and had a beautiful day with my family. There was one particular moment I experienced with my boys that I wanted to share with you today. It’s a moment I wish for us during this... 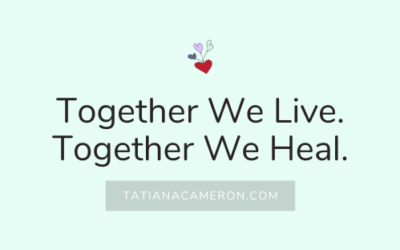 I sat by my Christmas tree and admired how beautifully it was decorated (by my sons). We had just finished baking gingerbread and sugar cookies and making English toffee. My heart was full. Still… there was a weird feeling of ‘something missing.’  I got really still…... 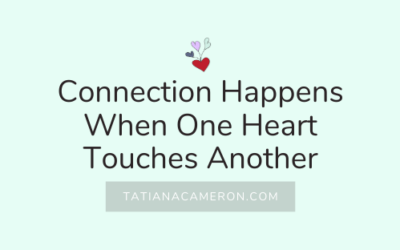 Connection Happens When One Heart Touches Another

“Connection happens when one heart touches another,” I heard in a beautiful guided meditation one morning this week. A memory of the million moments in which I had experienced this flooded my mind. I paused my meditation and focused my thoughts on one particular...